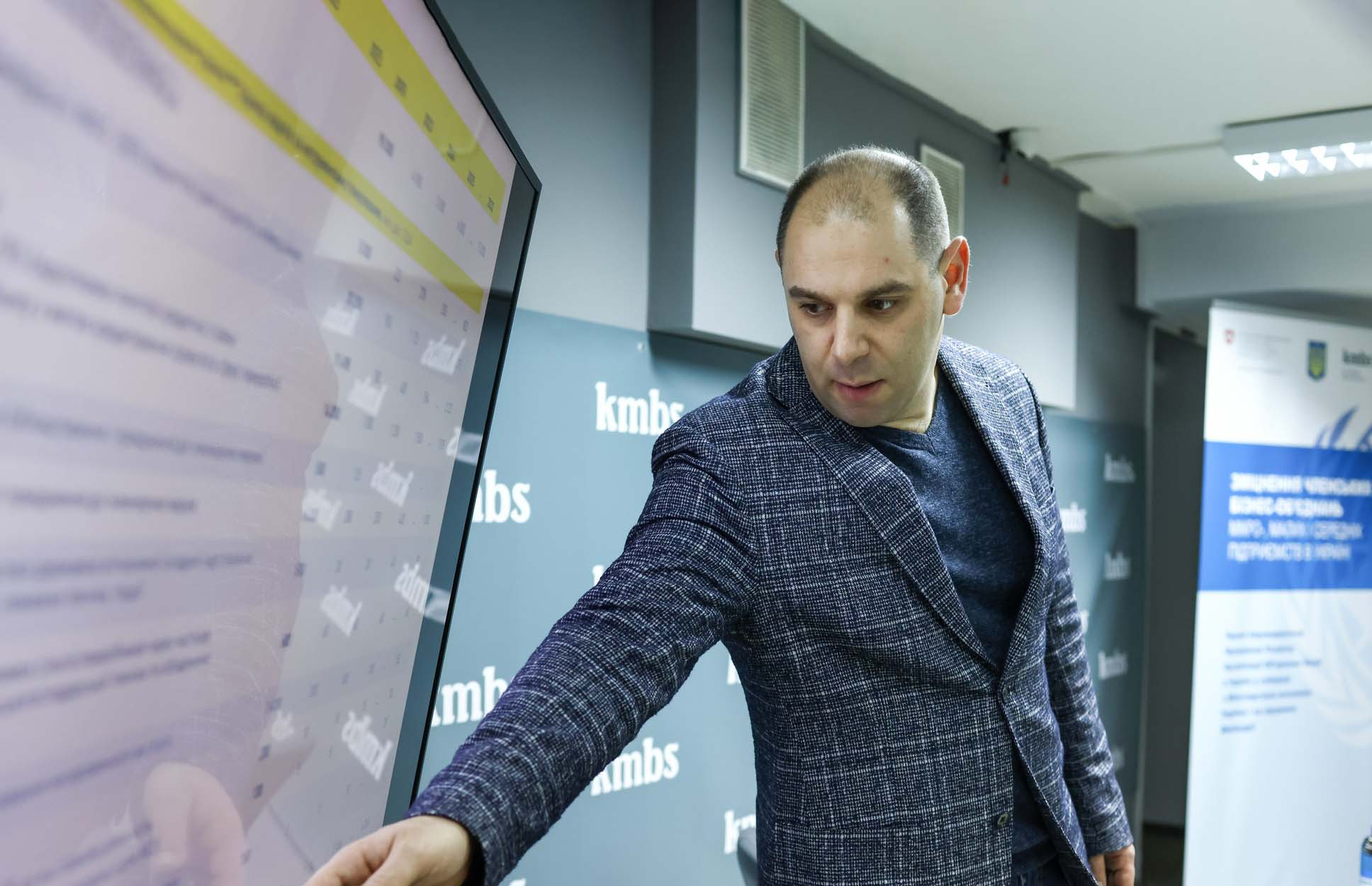 This event became part of the Swiss-Ukrainian Project "Strengthening the membership business associations of micro, small and medium-sized enterprises," which is being implemented by UNDP in Ukraine in cooperation with the Ministry of Economy and with the support of Switzerland.

The event was opened by the moderator — Viktor Galasyuk, economist and president of the Ukrainian Association of the Club of Rome, kmbs teacher. He told the participants that there are two main approaches to the interaction of economic policy and business: "One extreme is the rather popular approach of state non-interference in the economy. He claims that in the absence of regulation by the state, the "free hand of the market" will decide everything by itself, and in a completely harmonious way. The other pole is financial engineering, that is, intelligent design of institutions, rules of the game, mechanisms that direct economic activity, make certain behavior profitable."

In reality, no markets do not depend on government policy at all: even smuggling is subject to specific rules. Behind the scenes of each economic indicator, you can see certain political decisions: government, monetary authority, international institutions, etc. So, the state, in one way or another, forms the rules of the game in which business operates. "And countries compete with each other on the quality of the systems they create for companies," says Mr. Victor.

After the war's end, Ukraine should not only recover but also strengthen its competitiveness on the global stage. According to Dmytro Kysilevskyi, under the condition of implementing a particular economic policy, the processing industry could provide Ukrainians with work and the state with an inflow of money necessary for developing various spheres. He presented a vision of what such an economic policy could be.

"We will have to do a large-scale reconstruction," says Dmytro. — We can invite foreign companies to bring their materials, and, in the end, we will get a beautiful country. But empty because Ukrainians will not have work here. And if we rebuild the country with our companies, using materials produced in Ukraine, we will provide citizens with work, and the state will receive taxes." This is only one aspect of the importance of the processing industry, and there are many of them, including economic security.

Dmytro talked about investment opportunities for Ukrainian and international businesses, macroeconomic effects, and tools and mechanisms for creating a processing industry. And the event ended with questions from the participants and a heated discussion.