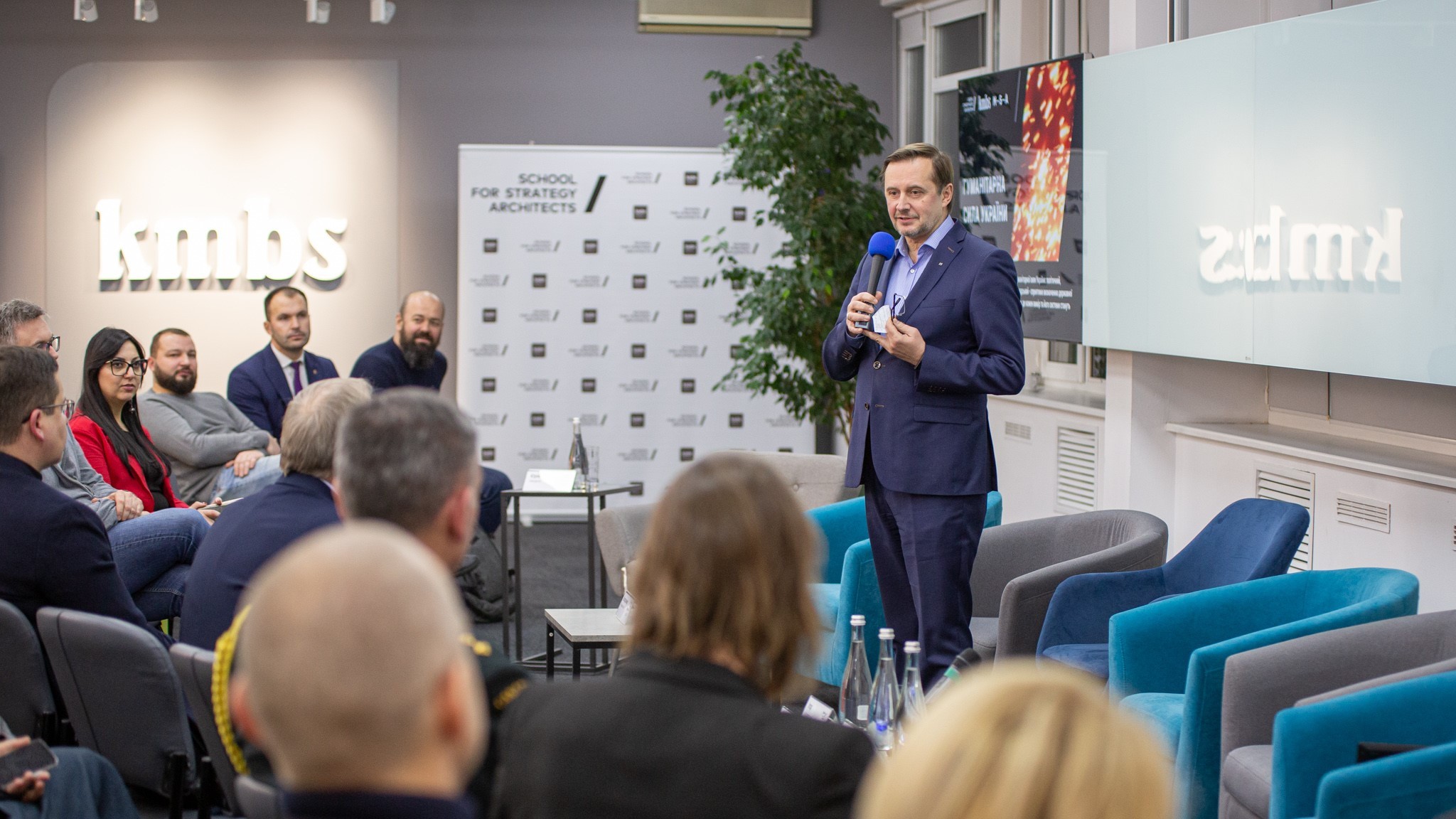 “We are launching a platform for Strategic Architects who will seek, develop, advise on key systems in Ukraine in the format of debates, meetings, and clubs.  Today we have specified the essential system for our future country: this is a humanitarian exponent.  You are standout personalities, and I hope that your coordinated decisions, concerned steps will touch on our country, its strength and development ”, - said Helena Savruk, Vice-Dean of kmbs and Managing Partner of the Mohyla Strategic Agency, referring to the participants of the meeting “Ukrainian humanitarian strength".

On December 13, the community of Strategic Architects met to discuss the specifics of Ukraine's human development. They aimed to outline the criteria that would indicate the quality of humanitarian policymaking and to work out a common concept for the Ukrainian humanitarian strength to be used for future policymaking.

Volodymyr Borodyansky, Minister of Culture, Youth and Sports of Ukraine, stressed that despite the choice made in ​​2015 in favour of Western values, we could find a part of the society in limbo, as researches say. We still cannot prove ourselves to be an object or subject of global politics, and we have a blurred identity and malformed value system.  Many citizens are focused on their problems and do not muse on interrelations with the rest of the world.

"If we say that our society needs for nation-wide values ​​as humanitarian policy basics, we regret to say, that in the last decades we have not created this paradigm of values in our schools," says Liliia Hrynevych, Minister of Education and Science of Ukraine in 2016-2019.

She thinks that the educational dimension of humanitarian policy is a crucial element in developing capabilities of future Ukrainians, as mentioned by Volodymyr Borodyansky.  Hrynevych mentioned the reform "New Ukrainian School" as one of the steps to improve the quality of education. It's been implemented in elementary school and provides not only the reproduction of knowledge but also the formation of values ​​and the ability to apply knowledge, as well as to acquire new competencies, in particular - cultural competence.  The results of the worldwide PISA survey, where 15-year-old Ukrainian students took part, show that there are lots of things to do for change agents in education also in the upper school.

Keeping on with education issues, Joseph Sisels, Co-President of the Association of Jewish Organizations and Communities of Ukraine, referred to the Ukrainian history and noted that for centuries people's conscious have been formed mainly by humanitarian education as fundamental.  However, after 1917 this educational focus was lost.

Sisels also pointed out, that before strategic planning, especially when we speak about not personal life, but commonwealth, we have to be adept at identity features of Ukrainians.  Today our society exists between two cultures - West European and Eurasian, which led to blurring our national identity. On the one hand, we are not the only example of a state that has found itself on the path to democratic values.  On the other hand, Ukraine's way is unique, because, according to Joseph Sisels, world history knows no challenge when such a vast, Slavic Orthodox country separated from the influence of the cruel Eastern empire after 400 years of dependence and tried to reach Western civilization.

Importantly, treading a thorny path to democratic values ​​is evolutionary, it cannot be accelerated, so the government's task is to create favourable conditions for the development of Ukrainian identity.

Adding to this thesis on identity, Serhiy Kosyanchuk, Director of the Representative Office of the World Congress of Ukraine, said that diasporas take care not only of preserving Ukrainian identity abroad but also of forming tha very identity within Ukraine.

Kosyanchuk believes that the Diaspora in 64 countries is an additional resource for representing Ukraine's interests globally.  He also encouraged for the developing civil society within the country and filling all the humanitarian action with the Ukrainian content.

Civil society is able to develop only through accepting by Ukrainians their subjectivity. Ihor Kozlovsky, president of the Center for Religious Studies and International Spiritual Relations, followed up the idea in his speech: “Any subjectivity is impossible without a humanitarian space.  For me, Ukraine is not just a community of people, it is a hyper personality with its own grasp of the world, its identity and its reactions. And the humanitarian space is like a neocortex that allows you to make self-reflective choices in a particular situation.

I can say that after two years spent in captivity, I have concluded that total humanitarian ignorance is one of the parents of the war in the east of Ukraine. "

The media plays a significant role in the fight against humanitarian ignorance.  Yuri Makarov, a Ukrainian journalist and writer, shared his opinion about the media crisis that can be overcome, if the issue is framed correctly.

Quoting Michael Polanyi, Makarov emphasized that the persona of the author is always a part of his message  - information does not exist without producer's personal attitude.  So, becoming subjective and recognizing their responsibility for what and the way they cover it is another challenge for the Ukrainian media we come up with.

This format of discussion for the Strategic Architects community was kept for the first time and started a series of community meetings on key issues for Ukrainian society.

kmbs, in cooperation with the Mohyla Strategic Agency, will keep on serving as a platform for meetings of transformational leaders and system architects, which will be a prerequisite for the formation of a national humanitarian policy focusing  on a person, his or her harmonious development and protection of their rights and freedoms. 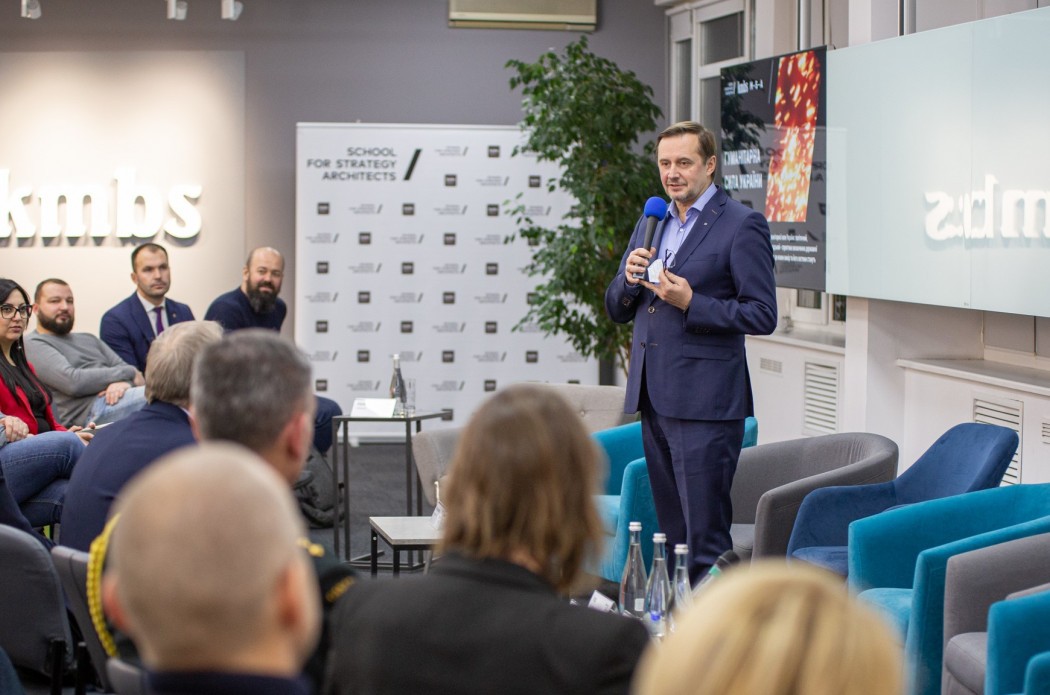 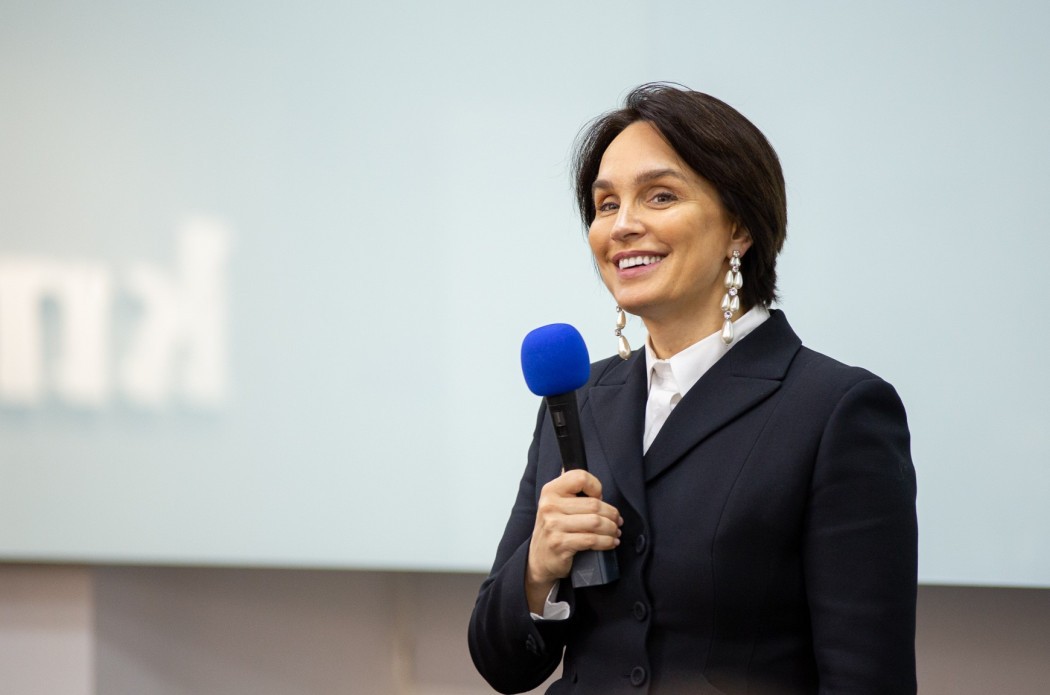 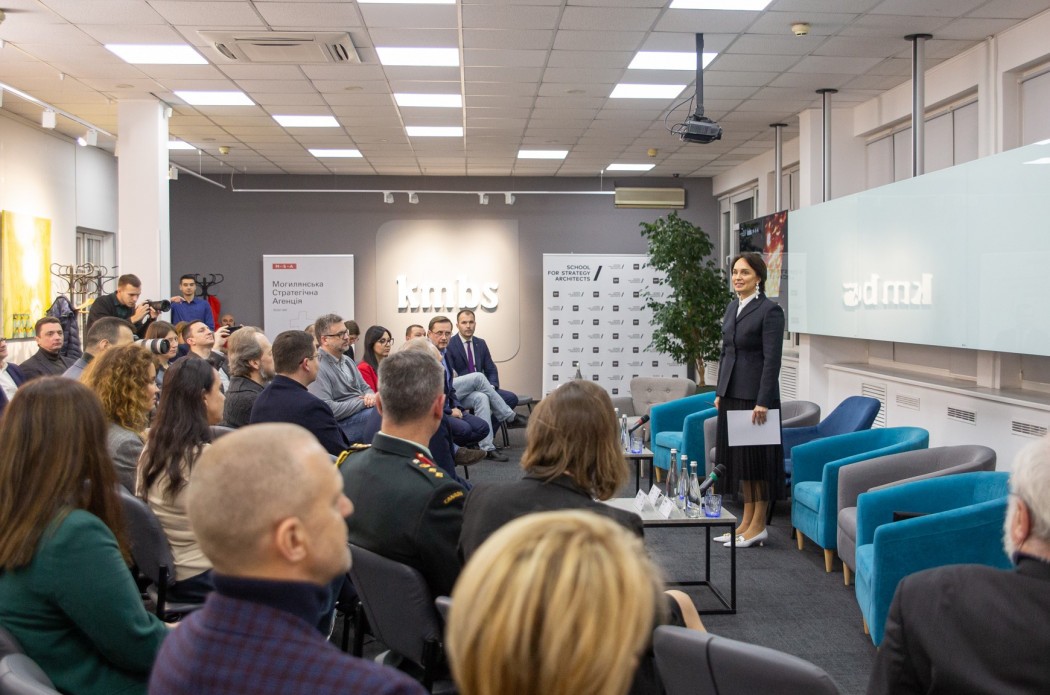 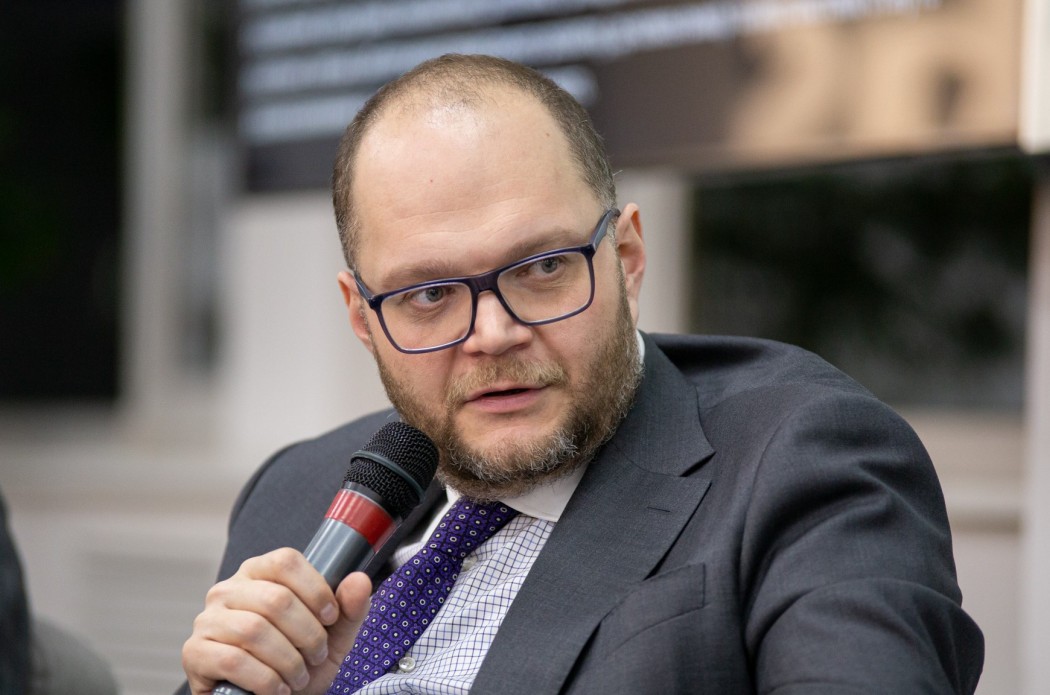 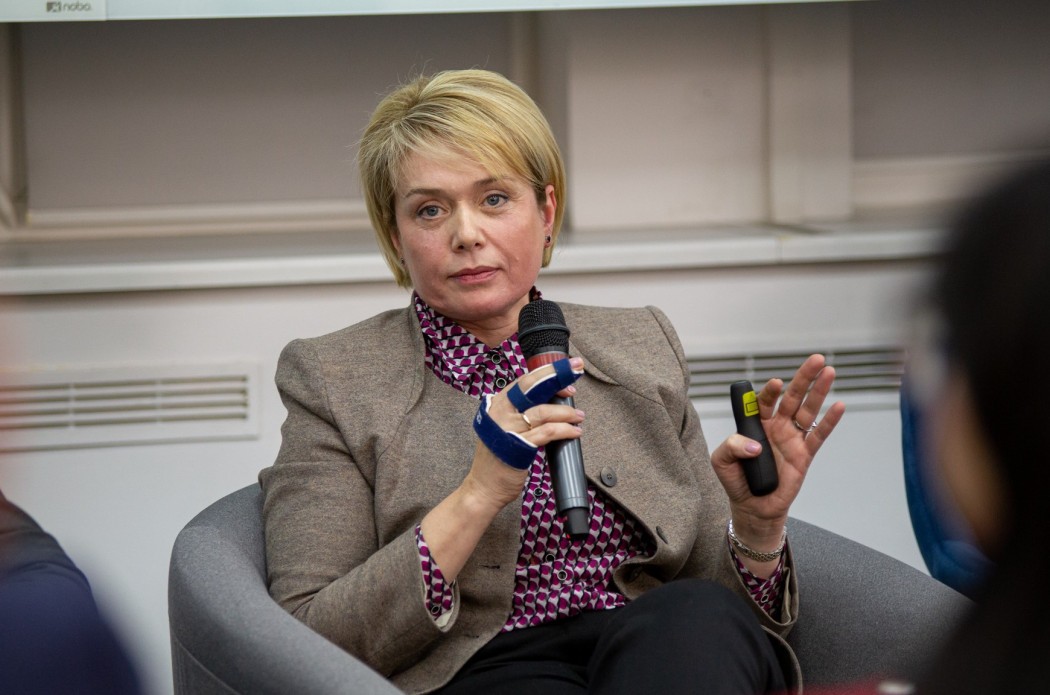 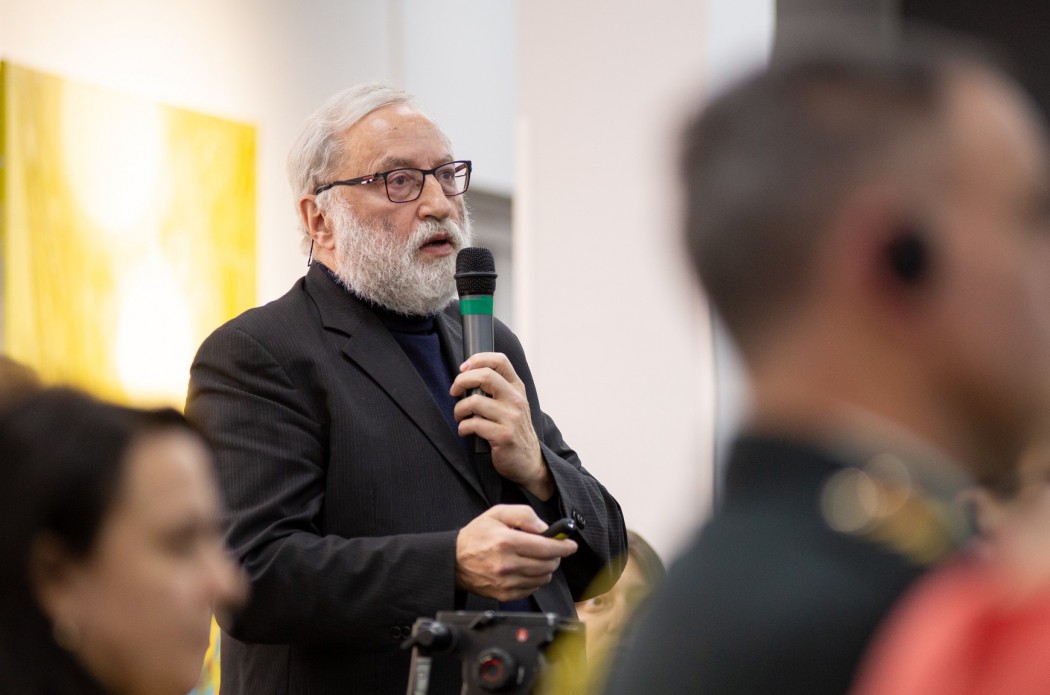 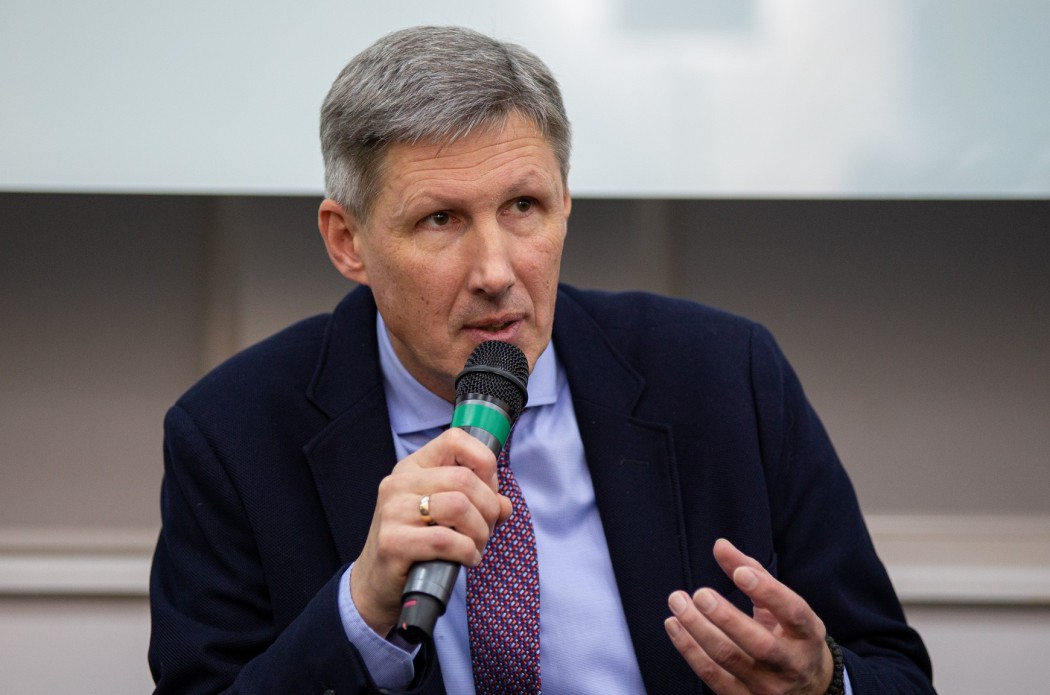 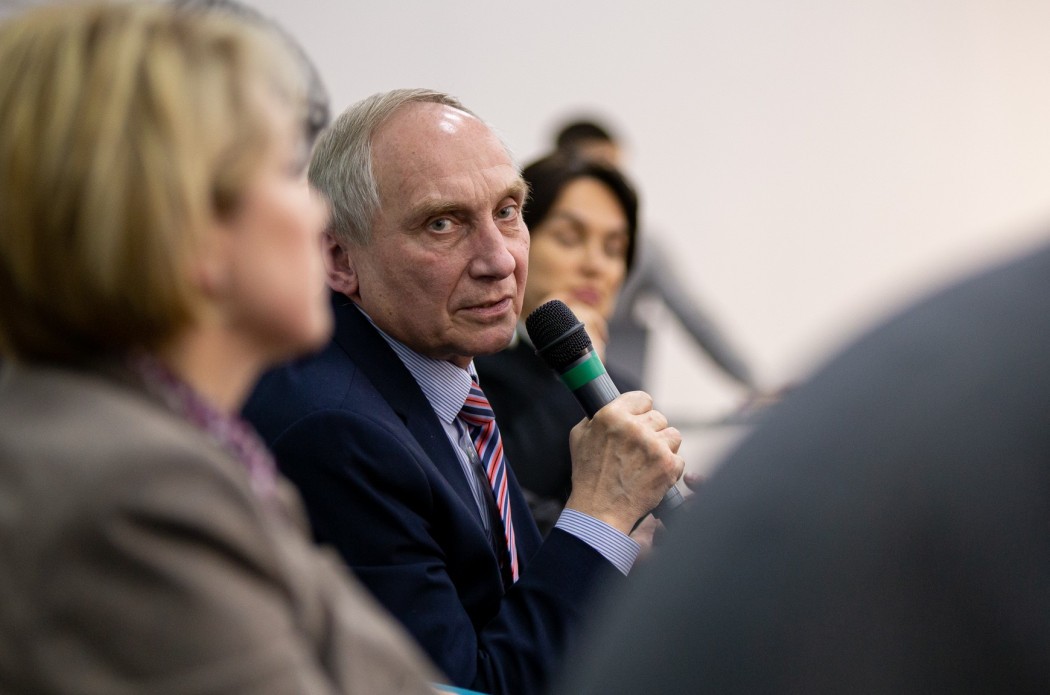 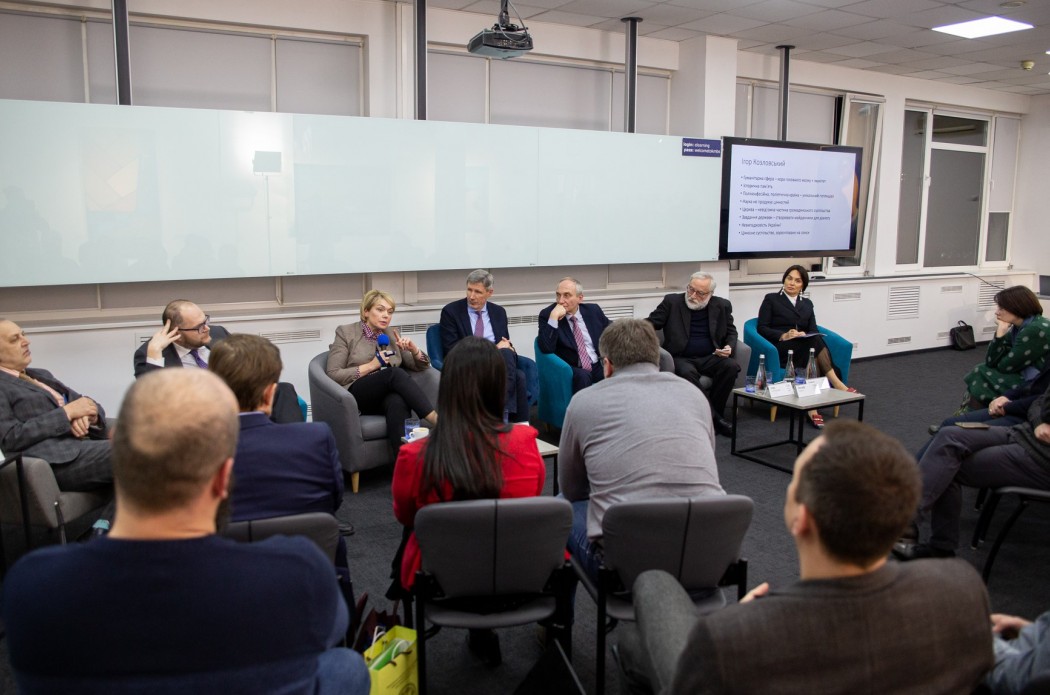 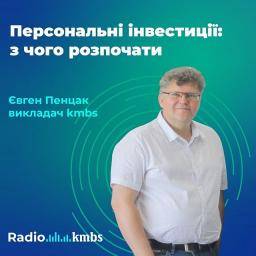 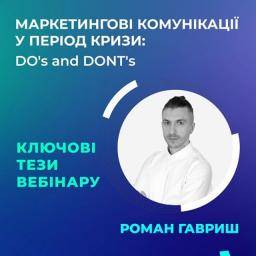 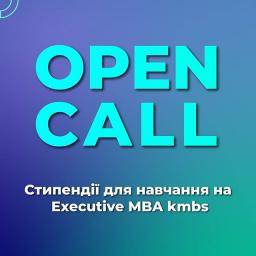 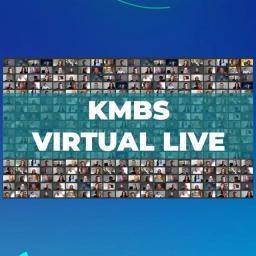 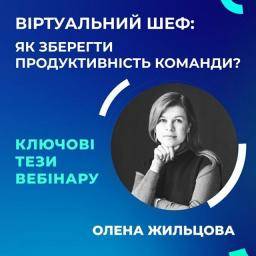 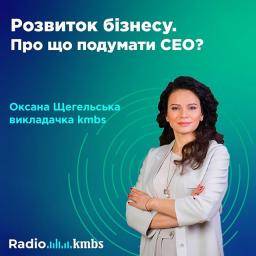 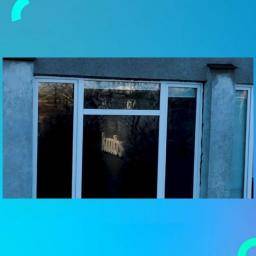 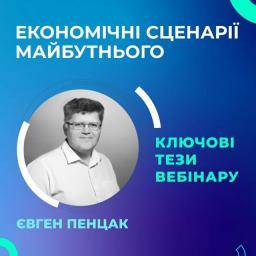