Natalia Ulyanova is the owner of the consulting company Una // Partners, the platform’s founder for joint projects of government and business Level UP, and a graduate of the Kyiv-Mohyla Business School for Business Founders Presidents’ MBA kmbs.

Natalia started working as a lawyer in a small company ICF Legal. She later became a co-owner and managing partner and brought the company to the 50 best law firms in Ukraine and 500 law firms globally. Together with the team, she joined Deloitte from the “big four” audit companies in the world. But Natalia and her team decided to leave to start a new business from scratch.

In a partnership article first published on MC.today, Natalia Ulyanova explained why she chose her own business instead of partnering with Deloitte, how she started to combine business and government, and how Presidents’ MBA kmbs helped her achieve this.

In 2005, I joined the then small law firm ICF Legal Service as a lawyer. I wanted development for myself and the company. By 2011, I had grown into a CEO, and in five years, I had become a managing partner.

We dealt with taxes, business structuring, M&A mergers, and acquisitions. Then we started offering comprehensive, personalized solutions so that entrepreneurs could use us to close not only the legal issues of their business but also those related to finance, marketing and investment.

Such services were in great demand. By 2016, the number of employees in our country increased from three to 50, profits doubled for several years in a row, and in 2018 reached seven-digit numbers. By 2018, we are among the 50 best law firms in Ukraine and 500 law firms globally. We have had over 1,000 successful cases and more than 150 clients.

Thanks to our success, we were noticed and invited to join Deloitte. This company brings together tens of thousands of professionals from independent firms worldwide and is one of the “big four” audit companies in the world.

I doubted it because I had never had experience in a structure where most of the actions needed to be coordinated — even though I had to become a partner. However, it was interesting to work with such a well-known company. Especially then, we felt like a team of superstars but saw that they rested on the “ceiling.” We discussed everything with the team and decided to give it a try. Natalia and her team joined Deloitte in 2018.

We seem to be in a parallel reality, where there is a unique structure, subordination, system, and incredible people. But others. So the experience was a bit painful. We concluded that we should learn to be systematic and structured and not just “fly” — we are already great at this. But we are not “people of the system.” And in a year and a half, they left Deloitte to start a new business and run it with more freedom than is possible in the company of the “big four.”

How the MBA at the Kyiv-Mohyla Business School helped me

All these changes took place in parallel with my studies at the Kyiv-Mohyla Business School. I joined the Presidents’ MBA program for business founders in the spring of 2018, when I was still working at ICF.

In addition to knowledge, the business school gave me a lot of support. I consulted with Eduard Maltsev, head of the Presidents’ MBA, when deciding to join to Deloitte. And when the question arose: “What’s next?” — I also dealt with him while studying for an MBA.

I went from the co-owner of a boutique company to a partner in the “big four” company - the startup and investor with my teachers and colleagues.

During my studies, I enjoyed the humanitarian days when we met with philosophers, musicians, and other cultural figures. Surprisingly, it turns out that you need spiritual inspiration for business inspiration. It stayed with me even after training. I started going to concerts and lectures more often. So I get energy, switch, and then return to work with new strength.

It was precious not only to change myself but also to see how other members of the MBA group change. We learned not only from professors but also from each other’s experiences.

I graduated in the spring of 2020, but I still communicate a lot with my colleagues at kmbs: we meet, share experiences, push each other to develop. And soon we are announcing some joint projects.

After Deloitte — Level UP Ukraine

After leaving Deloitte, I founded Una // Partners. This is a startup where we work on a project basis. I moved away from the idea of ​​keeping a large staff, instead involving different team members in various projects. I have a base of specialists, most of whom I "raised" — more than 50 people.

One of the main vectors of our work is the complex structuring of investment projects. For example, we made the first Ukrainian concession for the Georgian Industrial Group — the port of Kherson.

This is the first Ukrainian concession — a public-private partnership. On the one hand, the agreement was signed by a foreign investor, Georgian Georgian‌ ‌Industrial‌ ‌Group, on the other — the state. On the third — organizations that acted as independent public arbiters: the International Finance Corporation IFC and the European Bank for Reconstruction and Development. Una // Partners provided full support for this agreement. And now we plan to accompany the second concession.

Una // Partners is working with the UN Global Compact to develop startups. Among them are the company for creating "smart" eco-houses PassiveDom, faded paper RE-leaf Paper, manufacturers of blinds with solar panels Solargaps, innovation center "Promprylad.Renovation".

The second area of ​​my work has been the networking platform Level UP Ukraine, which helps the government, business, and society to come together for joint projects. We have been holding forums for five years and are among the top three Ukrainian forums.

When we were with kmbs in the exit module to Sweden, I was fascinated by the idea of ​​building an ecosystem. Actually, I embodied it in Level UP. We are not another forum "about talking"; we are about actions and interaction.

Many thanks to Level UP Ukraine that the Kherson port concession was launched. There are a lot of small collaborations. For example, at the Level UP forum in 2020, cooperation was born between the IT company Powercode, the UN Global Compact in Ukraine, and the Ministry of Digital Transformation. Now Powercode is involved in creating digital products not just as a contractor but also as a partner; for example, the company's team has joined the development of the portal "Action".

We now have an established community that cooperates outside the forums. It includes ministries, the State Property Fund, other government agencies, and more than 10,000 entrepreneurs, European associations, such as taxpayers, IT communities, business associations CEO Club, SUP, URB, Aspen, Bukovina Entrepreneurs Club, etc. We also have a mobile application Level UP Ukraine, where you can share your project and find those who can help implement it.

That hinders cooperation between business and the state

It can be difficult for businesses and the state to agree on the terms of cooperation. On the business side, the main problem is mistrust. Companies are afraid that they will sign a public-private partnership agreement, invest money, and then throw it away.

On the part of the state, the problems are different: there are strict criteria from which they cannot deviate, and they are often not very progressive. The legislation is not yet fully adapted to modern realities, so it can be challenging to provide conditions that suit the investor.

For example, while working on the Kherson port concession, we were faced with the fact that the concession law was not adapted to the current realities. We found a way out, and the lessons learned formed the basis of the new law.

Successful cases are needed to overcome the mistrust of companies and investors: then they will believe that it works. We are currently preparing several such projects together with the Ministry of Infrastructure, including a request for a concession for the port of Izmail.

We also understand that education can help to establish cooperation between business, the state, and society. Therefore, we include this topic in forums, we invite educational institutions, in particular kmbs, to cooperate. Alexander Savruk, dean of kmbs, spoke at the Level UP forum in 2020. He talked about the education of entrepreneurs, about the education of modern times - and then businessmen approached me and thanked me for what they heard. And I can always turn to kmbs professors with questions from any field: from finance to marketing.

About ecological and social projects

One of the parts of the Level UP ecosystem that I like the most today is the social projects for the restoration of cultural and architectural monuments and infrastructure development. There are many cool historical places in Ukraine, which are now abandoned, but in fact, have a huge tourist potential, can provide new jobs, contribute to the development of regions.

I come from Kamianets-Podilskyi, where there is a beautiful old fortress that is gradually falling apart. Local authorities do not have the money for restoration, legal experience, and access to investors. And this situation is everywhere in Ukraine.

And I have knowledge, skills, and experience that can be useful for the restoration of tourist places. I see that investors are interested in monuments ready to enter into public-private partnerships with the state. And I want to help. Negotiations are underway with investors on two facilities in Kamianets-Podilskyi — a barracks and a fortress.

One day my friends came to me and offered to join the startup Re-Climate. The idea was not mine, but I liked it, so I agreed. My friends and I have invested our own money in this project, and we are also attracting investments from other people and companies.

Our goal is mass planting trees to restore the landscaping fund of Ukraine and clean the air from carbon emissions. There are now many global initiatives to reduce emissions to prevent Earth's temperature from rising to critical levels. We also make our contribution. And this startup is an example of how a social idea can become a business.

The business model is as follows: companies or individuals invest, plant trees together with forestries, and study how much carbon they absorb. Investor companies receive "units" — units for reducing greenhouse gas emissions. Then we enter the international market and sell the units for real money to companies with commitments to reduce emissions. We distribute the profit among ourselves and investors.

We have already planted 8,000 trees, that's 2 hectares, in the Rivne region. And now we are planning to grow on 42 hectares together with an American company that is investing in this project. 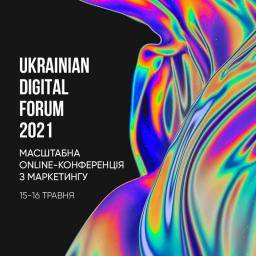 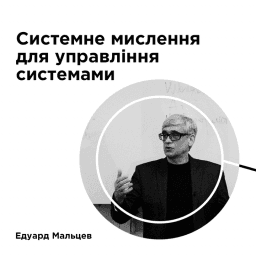 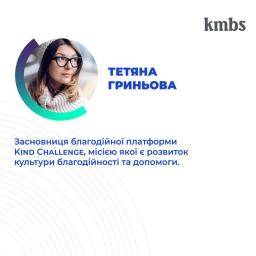